Tim Lowrance is a member of our team of Asbestos Case Investigators at Simmons Hanly Conroy. As such, he is responsible for gathering details about a client’s asbestos exposure and medical history. Tim travels around the country to meet in-person with potential mesothelioma clients to discuss their case and walk them through the legal documents. These details and documents allow the legal team to get started on a claim immediately.

Over the past 16 years Tim has held several positions with Simmons Hanly Conroy. Beginning as a Client Solutions Manager, he continued on to supervise the Call Center, and later progressed to an Asbestos Bankruptcy Team Investigator. Tim has interviewed thousands of potential clients and is extremely familiar with the claims process due to a personal connection. Tim’s father was a Simmons Hanly Conroy client having been diagnosed with mesothelioma after being exposed to asbestos as a maintenance worker for a large manufacturing plant owned by Dow Chemical, amongst others.

Prior to working at Simmons Hanly Conroy, Tim worked with various non-profits including the Boys and Girls Clubs of America, Head Start, and the Special Olympics. He was involved in fundraising, recruiting, and event organizing. From humble beginnings on his parent’s farm in the Midwest, Tim currently resides in the greater St. Louis, Missouri area with his wife of 28 years.

Tim is a family man and avid sports fan. He is immensely proud of his two sons Kaleb, who is a graduate of Southern Illinois University – Edwardsville, and Jakob, who recently graduated from University of Central Missouri.

“I love to watch my sons participate in any of their activities and love to watch high-school, college and professional sports,” he said.

Tim’s love for sports extends to several other parts of his life. Tim happens to be the PA announcer for Civic Memorial football and boys’ and girls’ basketball games. Also, his family dog’s name is Tebow after the professional baseball and football player. He was thrilled to knock two things off of his “bucket list” in one year, watching the NASCAR race in Bristol and attending an Army vs Navy football game in Philadelphia. 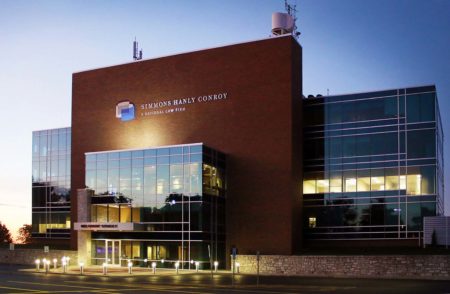