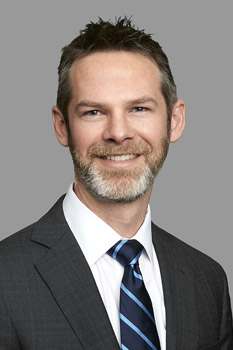 Attorney Eric Johnson works as a shareholder for Simmons Hanly Conroy LLC. His extensive background in biology, biochemistry and public health led him to focus his law practice around pharmaceutical litigation.

Eric represents individuals who have been injured by dangerous drugs and defective medical devices and has helped recover millions of dollars on their behalf. He handles every aspect of his clients’ cases from their pleadings to their depositions.

“As the attorneys at the firm prepare a case for trial, we spend as much time as possible with our clients, often in their homes, learning about them and their families,” Eric said. “We pride ourselves in fighting for our clients just as we would for our own family members.”

Eric graduated with his master’s degree in public health from the University of Illinois at Chicago in 2010. He earned his J.D. from St. Louis University’s School of Law where he was a member of the school’s National Moot Court Competition Team. During law school, he also worked as a law clerk for Judge Paula Bryant in the 22nd Judicial Circuit Court in St. Louis.

“I am a tireless advocate for all my clients,” Eric said. “The most satisfying aspect of my job is the opportunity to help individuals who were injured through no fault of their own. There is no greater honor than to help people regain some stability in their lives.”