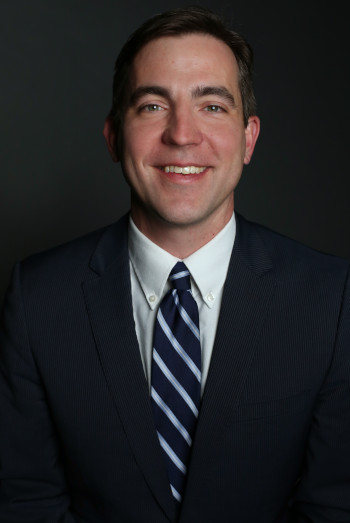 Attorney Jason “Jay” Barnes is a shareholder at Simmons Hanly Conroy in the Complex Litigation Department where he focuses his practice on consumer class action lawsuits. Before joining the firm, Jay served eight years as a state representative in the Missouri General Assembly. In this role, he fought against fraud, abuse and waste as chairman of the House Committee on Government Oversight and Accountability. He also served as chairman of the Special Investigative Committee on Oversight formed in 2018 to investigate the wrongdoings of former Missouri governor Eric Greitens.

As a shareholder at the firm, Jay represents hardworking people who have been wronged through corporate fraud.

“I love representing everyday people against corporations who have abused their power and committed fraud,” Jay said. “Consumer class action practice often requires a great deal of diligence in order to be successful, and I am always up for the challenge.”

Jay utilizes a mixture of experience, dedication, professionalism and tenacity to secure justice on behalf of his clients. Using this valuable skill set, he puts clients at ease with the often-complicated legal process, ensuring their questions and concerns are addressed quickly and with care. This has translated to a wealth of success for Jay and his clients, securing millions of dollars in settlements on their behalf.

“When a client hires me, they get everything I’ve got,” Jay said. “I will be a fearless, conscientious and caring champion for their case against the person or company that harmed them. They can count on that.”

During Jay’s eight years as a state representative, he was instrumental in passing legislation that protected the lives and rights of Missourians from all walks of life. Through these bills and amendments, he protected student athletes from concussions; increased adoptee rights; increase access to healthcare for foster children and persons with disabilities; protected senior citizens from financial fraud; expanded college scholarship opportunities for students in parochial schools; prohibit internet extortion; fought corruption by prohibiting legislators from immediately becoming lobbyists after their term is completed; and created an avenue through with Missourians can expunge past criminal convictions after they have served their sentence, helping them to once again become productive members of society.

In early 2018, Jay’s focus was largely focused with the investigation into Greitens’ misconduct. After the former governor’s resignation, Jay received praise for his bipartisan professionalism that led him to uncover the truth.

In an editorial published in the Kansas City Star, the paper’s editors were quick to bolster this praise.

“Rep. Jay Barnes and other members of the committee he led deserved special credit for handling this difficult task with complete professionalism […] Missourians owe a debt to Barnes, and all the members of the Greitens committee, for their hard work, seriousness of purpose, transparency and bipartisan approach,” the editorial read.

As one of the nation’s leading consumer-privacy attorneys, Jay has argued several notable cases in recent history that are representative of his vast experience and track record of success:

Jay’s accomplishments are well-documented not only through verdicts, settlements and press clippings, but also through the awards and accolades he’s received from his peers and community. A small sampling of notable honors include: