Asbestos Use in the United States: The Past, the Disturbing Present, and Urgent Needs for the Future 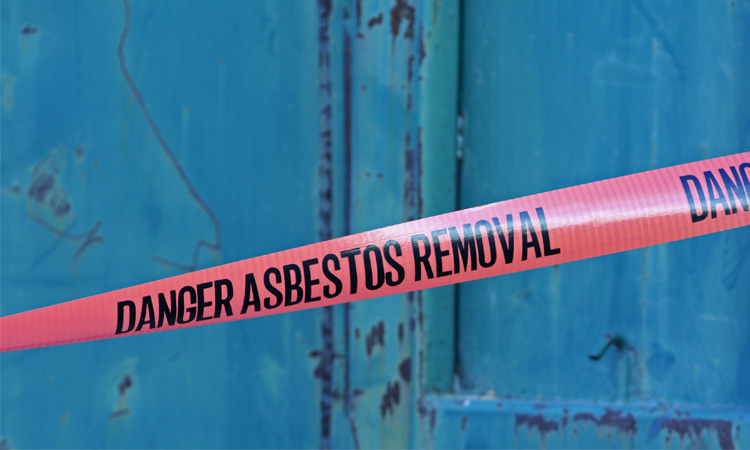 Asbestos is a recognized poison – one that poses lethal health risks – and it is very misunderstood by the general public. This is because, for decades, those who profited from the asbestos industry guarded their interests by actively concealing its hazards from the public.

To understand the future of asbestos and exactly where we stand now, it’s important to understand its past. Here, we’ll take a brief journey back to when the deadly effects of asbestos were still a mystery.

Asbestos was first discovered in soil and rock millenniums ago. Mining of the fibrous mineral dates all the way back to prehistoric times, when asbestos was favored for the same properties it was used for during the Industrial Revolution: affordability, abundance, strength and heat resistance. This was when the use of asbestos in manufacturing became its own little thriving industry.

The Industrial Revolution began in the United States in the early 19th century, and with it came much of the commercial machinery we still use now: Steam engines, turbines, electrical generators, diesel engines and airplanes – these were all built with asbestos.

The mineral was hailed for its “miracle” properties. As time went on, demand for this “miracle” substance grew; and, naturally, so did its production. Asbestos mining was industrialized in the 20th century, turning over 803,000 metric tons by 1973 in the United States. Its commercial uses expanded exponentially until asbestos could be found in factories, construction sites, oil refineries and shipyards across the country, and in over 3,000 household and industrial products.

By the early 1900s, it became clear that asbestos was causing serious adverse health problems. Workers and their families were at high risk of occupational exposure to life-threatening diseases such as lung cancer and mesothelioma – which, because of their delayed symptoms, and because asbestos is still not banned, we continue to diagnose today.

How the EPA Was Overpowered by Corporate Interests

Many folks believe that, when its dangers were discovered, asbestos use was banned. However, while the mineral is completely banned in more than 55 countries worldwide, the United States dealt with the problem a little differently.

It is true asbestos use began to decline in the early 1970s. The Environmental Protection Agency (EPA) began imposing regulations in 1973. Similarly, the Occupational Safety and Health Administration (OSHA) established occupational exposure standards.

The EPA began slowing banning asbestos-containing products, like pipe covering, spray-on insulations and others. They should have issued a total asbestos ban. Instead, EPA issued a final rule announcing it would phase out and eventually ban asbestos consumption. The agency indeed eradicated most uses by 1989. Today, however, the total ban still hasn’t happened. Regulation was met with fierce opposition in the asbestos industry, and the final rule was overturned. Companies focused only on protecting their financial interests instead of the safety and health of their employees.

Lawsuits against these asbestos companies became commonplace, but the decision to put profits over people had already caused incredible amounts of damage. Now, around 3,000 Americans are diagnosed with mesothelioma, an aggressive and incurable cancer, every year.

What You Should Know About Asbestos Today

As a full ban hasn’t yet been imposed, asbestos is still in use across the country. Per the EPA’s regulations, the manufacture, importation and production of products such as automobile parts, clothing, vinyl floor tile and corrugated sheeting are allowed.

Importation, it seems, is going particularly strong. Recent reports show an increase in imports to the United States. Three public health groups submitted research findings to the EPA last month, detailing four million pounds of asbestos imported over the last four years to produce chlorine. Ninety-nine percent of this came from Brazil, where high numbers of workers are dying from mesothelioma.

It’s important to be aware that significant use of asbestos remains in the United States. Even more, if we have hope of achieving an asbestos ban once and for all, it’s crucial to act.

Participating in community activism can help. Conferences and events dedicated to the prevention of asbestos-related disease gather people from all over the country to work toward a ban and raise awareness. Inspirational people who have been directly affected by asbestos-related disease attend to share their stories and provide support to others with similar experiences.

In addition to sharing your story, you can write, call or meet with elected officials to let them know how important it for them to support an U.S. asbestos ban and oppose legislation that puts corporate interests over people.

“By continuing to raise awareness about the deadly effects of asbestos, we can prevent future widespread issues in communities across the country,” said Senator Steve Daines (D-MT), who plays an active part in restoring Libby, Montana after its incredible asbestos disaster. “We can never be too educated about asbestos and its terrible effects.”

Asbestos is an undeniable part of our nation’s history. But one thing is for certain, especially if we all come together with greater force: The toxin has no place in our future.