A massive chemical spill contaminated Elk River in West Virginia on Thursday, Jan. 9. The contamination affected the water supply of hundreds of thousands of people, or 16 percent of the state population, near Charleston. 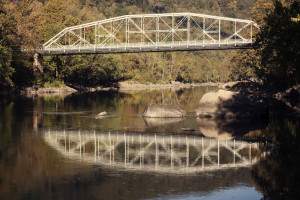 The facility responsible for the leak notified officials about the chemical leak around noon. Residents weren’t informed to avoid using the water until 6 p.m. that day.

Officials declared there were few regulations at the site of the spill and limited details are known about the chemical that leaked into the water supply. Furthermore, the spill shed light on the regulatory gaps within the chemical control laws of the United States. Because of this, officials say they are considering making changes to the current regulations.

“There’s no excuse for it,” said West Virginia Governor Earl Ray Tomblin in a CNN article. “We need to do what we can to see that this kind of incident never happens again.”

The chemical that contaminated Elk River is known as MCHM. It is used to treat coal to reduce the amount of ash. The chemical leak occurred at a facility owned by Freedom Industries, a company that supplies products for the coal-mining industry.

West Virginia’s poison control director Elizabeth Scharman told CNN the chemical had not been tested. This points to an important question – is the chemical harmful? According to a 2005 fact sheet about MCHM filed with the West Virginia environmental officials, if a large spill of MCHM occurs, runoff should be prevented from “entering drains, sewers or streams.”

While little is known about MCHM, 300,000 people in nine counties were notified of the contamination. As much as 7,500 gallons of the chemical leaked out of a storage tank, flowed over a concrete wall surrounding the tank, seeped into the soil and entered the water supply.

It is unknown whether any laws were broken when the chemical spill occurred, but officials are looking into the matter. According to many area residents, the leak was associated with a “licorice” smell. Some residents noticed the smell as early as December, weeks before the chemical leak was identified by Freedom Industries and reported to officials.

Earlier this week, the Huffington Post reported that Freedom Industries has filed for bankruptcy. Whether the courts will allow the bankruptcy to proceed has yet to be determined.