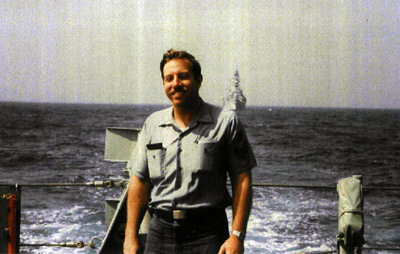 More than 30 percent of all Americans currently dealing with mesothelioma were exposed to asbestos while serving in the military. It is true that asbestos exposure has impacted all branches of the military. However, Navy veterans in particular account for a substantially higher number of mesothelioma diagnoses.

Mesothelioma has a latency period of anywhere between 15 to 30 years following exposure to asbestos. Many Navy members working on ships and shipyards in the 1970s that were built with asbestos are now experiencing mesothelioma or other asbestos-related diseases. Statistics show that Navy veterans who worked in shipyards between the 1930s and 1970s have the highest risk of developing an asbestos-related disease among all veterans.

The story of Jim, a former client of the Firm, fits this profile.

Jim worked as a Navy mechanic on the USS Independence, USS Truckee, and USS Vulcan from 1973 to 1993. Due to the expertise required of his position, Jim worked in the ships’ engine and boiler rooms. He conducted job duties to make sure the ship functioned properly. He experienced asbestos exposure through the ships’ pipe valves, gaskets, and other machinery that he worked on every day for twenty years.

In May 2009, Jim began experiencing respiratory problems and visited a Houston hospital. It was there Jim was officially diagnosed with mesothelioma. Unfortunately, surgery was out of the question for Jim because the disease was so far advanced. He was given just months to live.

Jim and his wife Peggy knew they needed to act quickly. With medical bills piling up, their financial burden was growing. Jim was not old enough to qualify for Medicare, Social Security, and had not received disability. The couple needed help.

Members of the Firm team formed a tailored plan to guide Jim through the mesothelioma lawsuit process. The outcome resulted in compensation that gave Jim and Peggy financial security and peace of mind.

On November 20, 2010, nineteen months after his diagnosis, Jim passed away. Despite the asbestos exposure through his occupation in the Navy, Jim was proud of his service to his country. While he felt he should have been warned about the dangers of asbestos, he did not regret the time he spent in the Navy.

You can read other real mesothelioma stories like Jim’s in our Mesothelioma Stories section now.