The Institutions That Harmed Children: The Boy Scouts of America 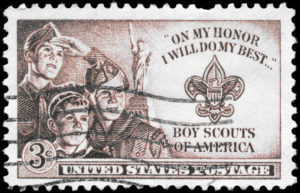 Child sexual abuse is an issue that many people try not to think about, even going so far as to pretend that it doesn’t exist.

But it does exist.

Los Angeles Times reporters spent a year reviewing confidential files on suspected sexual abusers that had been hidden away for decades by the Boy Scouts of America. Beginning in 2011, the newspaper began to run a series of stories on the “perversion” files, along with a database including 1,900 files and 3,100 case summaries describing sexual abuse that occurred between 1947 and 2005.

The files can be found in an online database, along with two decades of files released by order of the Oregon Supreme Court in October 2012. Together, the information in the database represents the most complete accounting of suspected sexual abuse in the Boy Scouts that has been made public. The Boy Scouts kept the files for internal use only for nearly a century.

Besides the actual abuse, the Los Angeles Times uncovered an extremely appalling fact: Boy Scout officials not only failed to stop known predators from molesting children, but sometimes even helped them cover their tracks:

Inaction is permission, on the part of the Boy Scouts of America, and as a society. When institutions we trust to protect our children allow them to be abused instead, they must be held accountable.