Ship scrappers remove salvageable equipment, metals, large parts and other valuable supplies from ships before those ships are destroyed or converted for other uses. Great amounts of asbestos used in the construction of large ships, particularly before the 1980s, make the ship scrapping occupation one of the more potentially lethal occupations in the shipbuilding industry. Ship scrappers exposed to the asbestos could be at risk for asbestos-related diseases, such as mesothelioma, lung cancer and asbestosis. 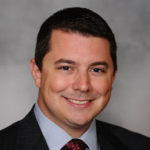 Asbestos Exposure in the Shipyard Industry

Asbestos was used so extensively in the construction of naval battle ships because of its powerful heat-shielding and insulating capabilities.

In the 1970s, the federal government placed a moratorium on most asbestos products. However, installation and use of these products continued throughout the 1970s and well into the 1980s. As a result, ship scrappers working in shipyards in the 1940s through 1970s had particularly high chances of encountering asbestos, especially if they were working with boilers, furnaces, hot water and steam pipes, reactors, or heat-insulating walls on naval ships.

Damaged equipment and ship structures that had ruptured or been torn asunder in battle posed particularly dangerous asbestos exposure levels, as the asbestos covering the ship material surfaces was loose from the damage and more likely to become airborne. During the removal of parts and equipment, ship scrappers inhaled the asbestos, which would lead to devastating diseases decades later. Because asbestos-related diseases, like mesothelioma, have a long latency period, many men and women formerly employed as ship scrappers are just now experiencing effects of their prolonged asbestos exposure. If you or a loved one has been employed as a ship scrapper and may have been exposed to asbestos, it is highly recommended that you seek counsel about your health condition and legal options.

In numerous cases, those in charge of the shipbuilding process knew of the dangers of asbestos exposure, but did little to inform workers of the potential dangers, or provide them with protective clothing or ventilation. Contact Simmons Hanly Conroy today by filling out the form below to learn more about filing a mesothelioma lawsuit.