No matter the branch of the military you served in, you may have been at risk for asbestos exposure. Asbestos was used in all five branches of the military – the Navy, Army, Air Force, Marine Corps and Coast Guard.

If you or someone you loved was exposed to asbestos in the military, and if you are experiencing symptoms of an asbestos-related disease, such as mesothelioma, you may be eligible to file a veteran’s mesothelioma lawsuit.

Army wheeled vehicle and aviation mechanics may have been exposed to asbestos-containing brakes, clutches, gaskets, and resins while performing maintenance and repairs on these types of equipment. 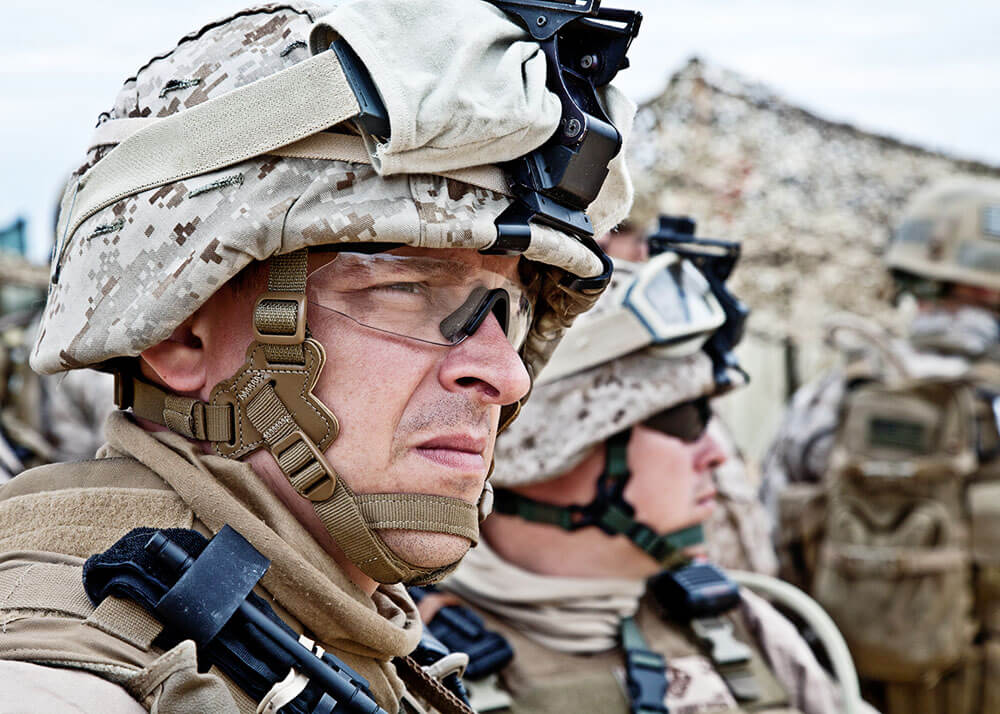 As early as World War II, the Navy often used asbestos in its ships and shipyards to protect its fleet from fire damage. Asbestos products like packing material, gaskets, insulation, ropes, fireproof doors and adhesives, to name a few, were used throughout the ships.

The sailors and other workers who constructed, repaired, maintained and lived aboard the ships had numerous opportunities to be exposed to asbestos and may have an increased risk of developing asbestos-related diseases like mesothelioma.

As early as the 1930s and into the 1980s, servicemen and women in the Air Force may have also been exposed to asbestos. Airmen who repaired and maintained Air Force jets and propeller planes may have been exposed to asbestos. Because of its heat-resistant properties, asbestos could be found in cockpit heating systems, heat shields for engines, brakes, wiring insulation, gaskets, jet exhaust insulation and more.

Air Force aviation mechanics, electronic technicians, jet engine inspectors, and other technicians and specialists who worked around the planes would have experienced an increased risk of being exposed as they were more likely to inhale airborne asbestos dust through contact with engine and motor parts and other materials.

Asbestos was also used in the construction of many Air Force facilities. Air Force personnel whose military occupational specialty included repairing and maintaining the bases, air fields and other facilities most likely came into contact with asbestos. Some Air Force workers, as well as civilian contractors, may have been exposed while working as plumbers, pipefitters, carpenters, boiler tenders, firefighters and more on Air Force bases. Because the threat of fire aboard seagoing vessels was of great concern, the heat resistant and durable properties of asbestos made it a top-choice building material for most Coast Guard vessels. Asbestos was used everywhere from gaskets, pumps, valves, and turbines to pipes, ropes and boiler room insulation.

Asbestos products, such as pumps, valves, boiler insulation, ropes and fireproof doors were used throughout the ships, providing numerous opportunities for members of the Marine Corps to be exposed to the dangerous toxin. Therefore, those who spent time in the Marine Corps may have an increased risk of developing asbestos-related diseases like mesothelioma. If you are a veteran battling mesothelioma, please Contact Us today for a free consultation regarding your specific situation. Our experienced mesothelioma lawyers will help you uncover how you were exposed to asbestos and who should be held accountable.

We are proud of the work we have done for our veteran clients and hope you will give us the opportunity to help you file mesothelioma lawsuit to get the compensation you deserve.