In 2009, Shelly’s husband, Craig, ended his 10-year battle against mesothelioma. Only 53 years old, he left behind his both Shelly and their daughter, Emily.

Craig attributed the success of his 10-year fight to his specialists, family and vast network of friends. Yet, many in the mesothelioma community attribute their success and their hope to him. “He inspires people every day. He inspires me every day,” said Shelly. “I can’t tell you how many people in the meso community call him [their] hero.”

In this video, Shelly provides more information about the Mesothelioma Applied Research Foundation, a non-profit that can get you started building your own support network.

Shelly and Craig’s story begins in 1998, when Craig started to lose weight and noticed a build-up of fluid in his abdomen. These symptoms led him to the doctor, where he was diagnosed with peritoneal mesothelioma.

Even with this news, Craig and his family were determined to fight. “We started researching,” said Shelly. “We were determined to do everything we could to save him.” The family packed up their bags and started traveling to meet different doctors. They found one in New York who gave them the most hope and made them feel confident they were in the right place. “When you find a place that you feel you’re comfortable with, jump in with both feet and don’t look back,” was Shelly’s advice to others who might experience their situation.

Over the next few years, Craig and Shelly frequently traveled from their home in Missouri to New York for surgeries and rounds of chemotherapy and radiation. “I think the toughest part was leaving our daughter behind,” Shelly said as tears filled her eyes.

It was the thought of their daughter, Emily, who ultimately drove Craig and Shelly to pursue a mesothelioma lawsuit.

“Our first priority was getting Craig well,” Shelly said. But, a couple months into their journey with mesothelioma, the thought of losing Craig started to take an overwhelming toll on Shelly. As a stay at home mom, she was not sure how she and her daughter would get along financially. Shelly was particularly concerned about the future and how she would send her daughter to college. After discussing this with Craig, the couple agreed to pursue a mesothelioma lawsuit.

Simmons asbestos attorneys worked with Craig to determine how and where he had been exposed to asbestos, so that they could hold the appropriate party accountable for his preventable disease. Given the long latency period of mesothelioma, Craig and attorneys ultimately came to the conclusion that he had experienced take-home asbestos exposure, meaning his parents must have brought asbestos home on their work clothes.

After determining how Craig was exposed to asbestos, Simmons attorneys dedicated themselves to winning the Kozicki family the compensation they deserved. Throughout the lawsuit process, the family became much more than clients – they became part of the Simmons Hanly Conroy family.

“When I think of Craig, I think of so many different things,” said John Barnerd, one of the attorneys on Craig’s case. “I think of the kind of man he was and the way he always fought and didn’t complain. How he kept working as long as he could and kept living his life through the numerous chemotherapy treatments and painful surgeries.”

Our mesothelioma attorneys have helped many people like Craig fight for the compensation they deserve. There are several reasons to file a mesothelioma lawsuit – helping to ensure the well-being of your family is just one example.
Why File a Mesothelioma Lawsuit

Why File a Mesothelioma Lawsuit

In 1998, Craig started to lose weight and noticed a build-up of fluid in his abdomen.

Craig and his family start researching mesothelioma and traveling to see different doctors.

“He inspires people every day. He inspires me every day,” Shelly says about Craig as she shares how he battles his disease.

Craig and Shelly frequently traveled long distances for treatment. “The toughest part was leaving our daughter behind,” Shelly says.

Shelly recounts trying to determine how and where Craig was exposed to asbestos.

It was the thought of their daughter, Emily, who ultimately drove Craig and Shelly to pursue an asbestos lawsuit.

Download our guide:
Asbestos Litigation, Your Guide to the Legal Process. 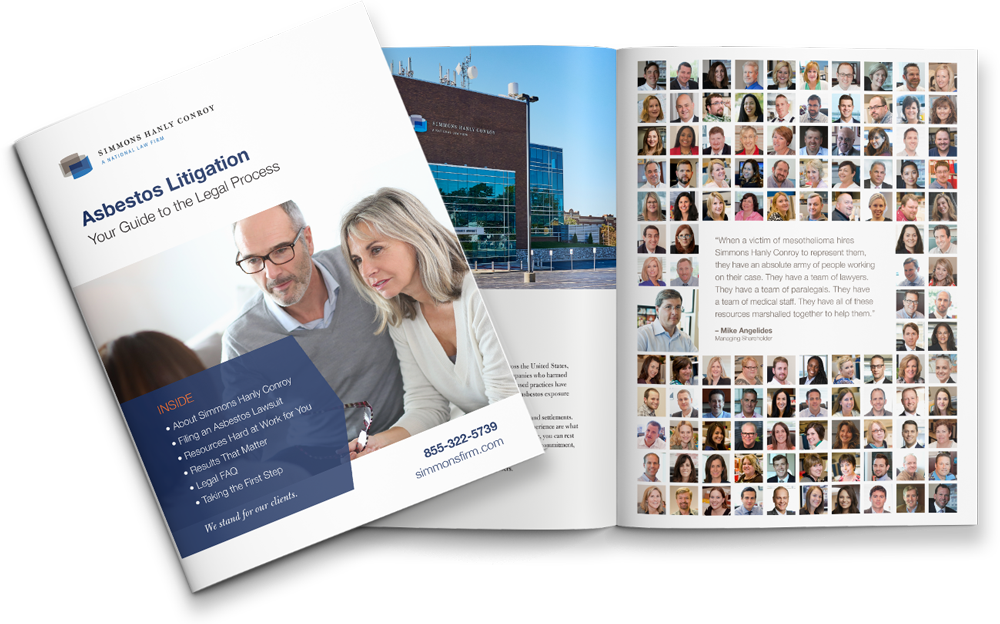 WHAT OUR CLIENTS SAY