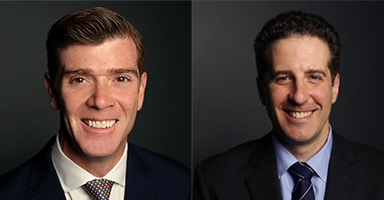 What does it take to secure an asbestos verdict against multiple companies trying to undercut your plaintiff’s credibility?

On the most recent episode of the Great Trials Podcast, Shareholders Daniel P. Blouin and Jim Kramer shared their experiences fighting for Pietro Macaluso, a mesothelioma warrior who went to trial against three separate manufacturers. Each defendant had a deep bag of tricks, but in the end, Blouin and Kramer presented a strong argument that swayed the jury.

They awarded a $60 million verdict to the estate of Macaluso, who passed away from mesothelioma before the trial concluded.

The Great Trials Podcast is hosted by trial lawyers Steve Lowry and Yvonne Godfrey. Episode 61, which aired on April 21, featured the Macaluso case. Lowry asked the attorneys to talk about what makes an asbestos case different from other personal injury lawsuits. Blouin responded:

“In an asbestos case, every story, for the most part, is a life story. It’s not about a car accident in a moment in time. Or a pharmaceutical case that’s for a period of time, where someone was taking this drug to deal with whatever issue.

Typically most clients have a lifetime of experience working with a relatively closed universe of specific products—like electricians work with wire, and carpenters work with joint compound. Somebody works in a powerhouse for a power generating company for his entire career. Or a mother uses talc products on her children, and then uses them on herself for her entire life.”

For Pietro Macaluso, it was much more difficult to prove where his asbestos exposure came from. He worked in construction as a teenager, but his labor went largely undocumented. Though he recalled disassembling boilers known to contain asbestos, there was no record of his employment.

Blouin and Kramer knew that Macaluso’s case could be difficult, but they believed in the man, who they came to know as a good person and caring father. It also wouldn’t be the first time an asbestos company had tried to silence a valid claim because of a lack of documentation.

“It’s detective work,” said Kramer. “Going back decades to discover where this exposure might have occurred is always step one.” The research had to be thorough, because defendants in asbestos cases challenge every aspect of your plaintiff’s story. During the Macaluso case, “we were battling motions, and this is not an exaggeration, on a nightly basis,” Kramer recalled.

A.O. Smith, one of the boiler manufacturers, denied ever producing cast iron sectional boilers, the type Macaluso demolished as a teenager. When A.O. Smith’s corporate representative took the stand, the attorneys confronted him with official company documents from the 1950s. They showed clear proof A.O. Smith made the very type of sectional boiler Macaluso remembered.

Kramer said, “Once the jury saw this, after listening to these defenses, they said wait a minute, what are we really talking about here? I think everything crumbled for (the defense).”

As for the lack of employment records, Macaluso’s team of attorneys, led by Shareholder Taylor Kerns tracked down Macaluso’s former employer who agreed to be a witness. During a pivotal moment during the cross examination, Blouin and Kramer showed the jury how Macaluso was paid under the table. The attorneys asked the employer to explain a citation his company received from the New York Department of Labor that said his business had been caught cooking the books. Under oath, and through an interpreter, the contractor spilled the whole story.

“He said, ‘It wasn’t me. My law partner was a deceptive guy, and everything you’re saying is true,’” Kramer recalled.

In a critical moment, the jury got to hear that:

“Everything Pietro said was 100% true, his 16-year-old memory was 100% accurate. Yes he was working for them, and the reason his name wasn’t on the social security records was because he was getting paid cash under the table, like he claimed.”

At the outset of his lawsuit, Macaluso’s prospects of success were uncertain. Blouin and Kramer and his entire Simmons Hanly Conroy legal team helped him build a winning lawsuit, starting with nothing but his word.

There are many more chapters in the story and telling vignettes about what it takes to win against well-heeled defendants that are also veterans of asbestos litigation.

Find a complete set of the trial documents and listen to the entire podcast here: