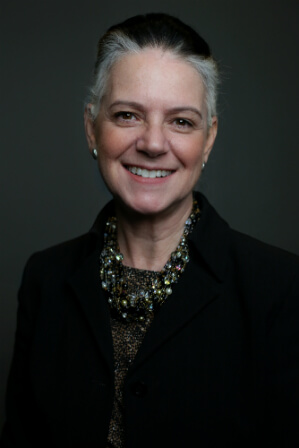 The plaintiffs convinced the jury in the U.S. District Court for the Northern District of Texas Dallas Division that J&J sidestepped standard regulatory review and misled doctors to believe the design of the market-leading DePuy Pinnacle device was safe. The jury awarded more than $168 million punitive damages and $77 million compensatory damages to the six patients who required “revision surgeries” following implant of the faulty artificial hip systems, which have not been recalled. The four spouses received loss of consortium damages totaling $1.7 million.

“This third significant victory again underscores J&J’s failure to protect the interests of thousands of patients who have suffered major injuries caused by these defective devices, and J&J’s decision to put profits over people,” said Jayne Conroy, a shareholder at Simmons Hanly Conroy and co-counsel for the plaintiffs as a member of the Plaintiffs’ Executive Committee for the DePuy Pinnacle multidistrict litigation (MDL).

One of the key findings in the plaintiffs’ successful case was evidence that J&J promoted the DePuy device aggressively even though the company knew the device was riskier than alternative devices. DuPuy was also able to sell a particular version of the Pinnacle hip system – the Ultamet variety, which had a metal socket liner instead of a polyethylene or ceramic liner – without significant testing because it was similar to a variety that predated 1976 regulations mandating premarket review. According to the plaintiffs’ case, the success rate for the DePuy Pinnacle metal-on-metal implants was only 53 percent after 11 years.

“The evidence presented in the testimony against J&J told the deeper story of how the science was manipulated in order to sell the product and then, despite it being a bad device, millions of dollars in payments were given to surgeon consultants to use and recommend the product,” Conroy said.

According to Conroy, plaintiffs’ attorneys also discovered several instances in which physicians lied in medical clinical testing of the devices and forged patient consent forms to lie about the results the patients experienced with the product.

The trial, which began Sept. 20 and ended today, follows in line with the multidistrict litigation’s second and third bellwether trials in 2016 that secured massive verdicts of $502 million and $1 billion for plaintiffs. Both awards were later reduced to $150 million and about $543 million, respectively. This is the third consecutive 9-figure result for the plaintiffs.

The three verdicts could be significant influencers for a possible settlement of remaining plaintiffs’ complaints, which all claim the implants were defective and caused metal debris to enter into patients’ bloodstreams, resulting in severe injuries and sometimes leading to revision surgery. U.S. District Judge Ed Kinkeade oversees the DePuy Pinnacle MDL that includes more than 9,000 plaintiffs nationwide.