Attorney Ellyn Hurd is a shareholder at Simmons Hanly Conroy in the Complex Litigation Department. She focuses her practice on litigating the firm’s child sex abuse cases, multidistrict pharmaceutical cases and a variety of financial loss class actions. She joined the firm in 2012 and has tirelessly worked to help secure billions of dollars in verdicts and settlements for thousands of individuals, families and communities.

Ellyn has been an integral member on the trial team of several high-profile cases at Simmons Hanly Conroy in the areas of prescription opioids and clergy abuse litigation.

“While I may not be in front of a judge every day, I know that my contribution to the team, even if it’s from the back of the courtroom, is crucial,” Ellyn said. “My intense focus on procedural matters and evidentiary issues allows the team as a whole to make critical strategic decisions quickly and accurately.”

She added that it’s “grueling but satisfying. We are fighting the good fight.”

Ellyn represents the interests of Simmons Hanly Conroy’s many governmental clients in the massive and far-reaching litigation involving the pharmaceutical industry’s improper promotion and distribution of prescription opioid medications. It has been described as the most complex litigation in history.  The litigation seeks to secure meaningful funds for communities that incurred millions in costs related to dealing with the estimated 400,000 opioid-related deaths since 1996.

Ellyn has played an integral part in the National Prescription Opiate Multidistrict Litigation. In October 2019, Ellyn was part of the team that secured a total recovery of $325 million for two Ohio counties in the first federal bellwether trial against the opioid manufacturers. The team hammered out the final settlement details on the eve of trial.

In 2021, Ellyn served on the trial team that successfully litigated the nation’s first opioid case to be heard before a state jury and secured a liability verdict against the remaining defendants. Ellyn and the firm’s opioid team represented Suffolk County and presented the case alongside Nassau County and the State of New York.

The trial began in June 2021 and lasted 7 months. It is believed to be the longest jury trial in New York history and included more than 800 exhibits, of which Ellyn oversaw in her role as a key member of the trial team.

Leading up to the trial’s opening arguments, several original pharmacy defendants were severed from the trial, including CVS, Walgreens, Rite-Aid and Wal-Mart.

Additional settlements from the trial include:

These settlements provided recoveries for Suffolk and Nassau counties, the State of New York and numerous other New York counties the firm represents.

On Dec. 30, 2021, the team secured a landmark verdict against the remaining defendants, manufacturer Teva Pharmaceuticals and distributor Anda. The jury found them 100 percent liable for their roles in causing the opioid epidemic in Suffolk County.

The case will now move to Phase II to assess abatement damages against Teva and its affiliates, including Anda.

Ellyn has helped hundreds of victims of sexual abuse secure justice from the institutions responsible for their abuse. In 2013, she was involved in the first round of litigation against Fairfield University; the Society of Jesus of New England; the Order of Malta, American Association, USA; Haiti Fund, Inc.; Father Paul E. Carrier, S.J.; and Hope E. Carter, in which the team secured a settlement of $12 million on behalf of 24 impoverished abuse victims in Haiti.

After additional victims came forward, Ellyn helped achieve a landmark $60 million class action settlement in 2019 on behalf of over 100 Haitian boys. She was involved from the initial meetings with the clients through the mediation that resolved the case. She travelled extensively to Haiti, responding to discovery requests, preparing pleadings, prepping witnesses for depositions (who did not speak English), and conducting and defending depositions in Port au Prince, Cap Haitian, Dominican Republic, and throughout the United States. In addition, Ellyn arranged travel and documentation for clients who lacked identification.

“That I have been able to focus my practice on these types of cases is a testament to my firm’s commitment to standing up for clients who have no voice,” Ellyn said.

Before joining the firm, Ellyn worked as an associate at a law firm in New Bedford, Massachusetts, where she focused her practice on real property litigation and municipal matters.

Ellyn received an A.B. in Chemistry from Wellesley College in 1997. She received her J.D. from Boston College Law School in 2001. 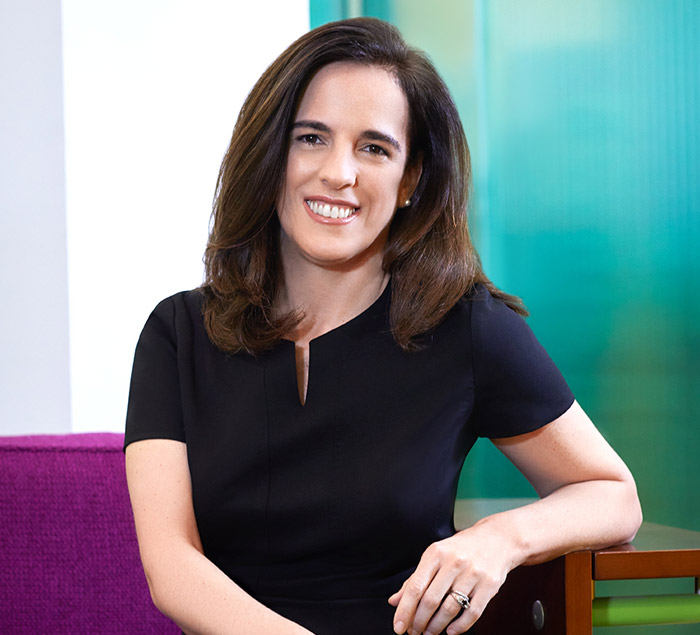