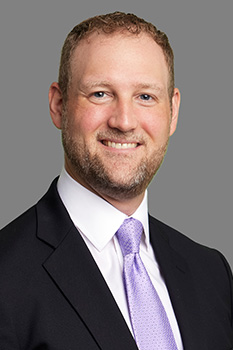 Arthur Prystowsky is an attorney at Simmons Hanly Conroy. He joined the firm in 2020, focusing his practice on helping individuals and families affected by mesothelioma and other asbestos-related diseases.

As the son of a physician who specializes in cancer treatment, Arthur understands what clients and their families are going through and learned at a young age the importance of assisting those in need. “I make sure my clients’ voices are heard and their stories are told,” he said. “I work hard to give our clients the peace of mind that their family will be taken care of.”

Arthur’s own grandparents benefited from plaintiff lawyers who achieved justice for them after a tragic event, and he strives to provide the same level of compassion, empathy, and understanding those lawyers granted his family. “I treat each of my clients like they were my grandparents,” he said.

“Typically our clients were injured as a result of the failure of corporations to adequately inform them about the dangers of their products,” he said. “The injuries never had to happen. I hold corporations accountable for their actions.”

Arthur has extensive experience representing victims of asbestos-related diseases, including in extremis cases involving people living with mesothelioma or lung cancer, and has recovered millions of dollars in verdicts and settlements for his clients. Before joining the firm, he worked for a New York law firm, where he represented approximately 5,000 powerhouse mechanics, electricians, sheet metal workers, and insulators who had been diagnosed with asbestos diseases. He was actively involved on the trial teams of the following cases:

Arthur received his Bachelor of Arts degree from Franklin Marshall College in Lancaster, Penn., in 2009. He received his J.D. from The George Washington Law School in 2012.