When it comes to asbestos exposure, it doesn’t matter who you are, how many people know your name, or how wealthy you are. The dangerous aftermath of asbestos exposure – mesothelioma – doesn’t discriminate. While mesothelioma may be considered a rare cancer, it has taken the lives of many famous and notorious people – from professional athletes and famous singers to actors and well-known politicians. 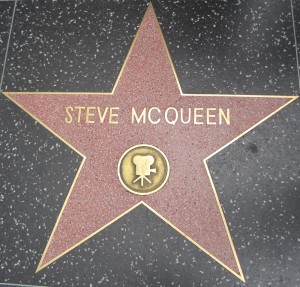 Below are some of the most renowned people who have battled and/or died from mesothelioma caused by exposure to asbestos.

Starring in films such as The Great Escape, The Magnificent Seven and The Towering Inferno, McQueen was the highest-paid actor in the world in 1974. He was popular among the public, which led to his high demand and command for large salaries. After developing a persistent cough in 1978, McQueen was diagnosed with pleural mesothelioma. Prior to his acting career, McQueen had served in the U.S. Marines, where he often removed asbestos lagging from pipes aboard a troop ship. He also believed he was exposed to asbestos in movie sound stage insulation. McQueen died on Nov. 7, 1980.

Probably best known for his role as assistant principal Richard Vernon in the hit movie The Breakfast Club, Gleason was a famous actor who often played the role of the antagonist. He also appeared in Die Hard, All My Children and Trading Places. While he is best known for his acting career, Gleason also played football at Florida State University and had a short baseball career with the Cleveland Indians. Gleason was exposed to asbestos as a teenager when he worked for his father at construction sites. He died from pleural mesothelioma in 2006.

Hennessy was an Irish folk singer-songwriter best known for his songs “Don’t Forget Your Shovel,” “Roll Back the Clouds” and “All the Lies that You Told Me.” Although he had severe dyslexia and was unable to read or write, he often wrote his own songs. Hennessy was exposed to asbestos dust when he worked on building sites in London during his younger years. He died from pleural mesothelioma on Dec. 11, 2007 at the age of 62.

Playing 15 years in the National Football League (NFL), Olsen was a professional football player, commentator and actor. He played his entire career with the Los Angeles Rams and is a member of the Pro Football Hall of Fame. His acting career spanned from playing a farmer on Little House on the Prairie to starring in his own NBC drama, Father Murphy. In 2009, Olsen was diagnosed with peritoneal mesothelioma. He claimed he was exposed to asbestos by NBC Studios, NBC University and 20th Century Fox during his acting career. He died on March 11, 2010.

Zevon was a famous singer, songwriter and musician best known for his songs “Werewolves of London,” “Carmelita” and “Johnny Strikes Up the Band,” among others. His work was often praised by other celebrated musicians, including Bruce Springsteen, Bob Dylan and Neil Young. He was diagnosed with peritoneal mesothelioma in the fall of 2002 and refused treatments so he could continue working on his last album. He died on Sept. 7, 2003 at the age of 56.

Mesothelioma can impact the lives of people of all occupations and the above celebrities prove this. Learn more about the most common occupations associated with asbestos exposure now.