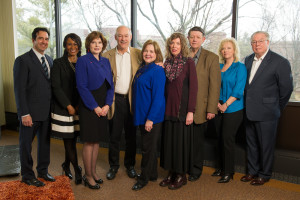 The families of Lauren Petersen and Lacy Siddall along with their attorneys Ted Gianaris of Simmons Hanly Conroy and Tom Long, of Sandberg Phoenix & Von Gontard PC, have partnered with Southern Illinois University Edwardsville to produce a fire safety video in memory of SIUE students Lauren and Lacy.

The two women passed away from their injuries after their off-campus apartment caught fire in April 2012. The video will share the girls’ stories and emphasize the importance of fire safety for college students. The families and their attorneys have each donated $5,000 toward the video production, for a total of $20,000.

“No one should have to experience the pain and suffering these two families have gone through,” said Gianaris. “It was an honor to represent the Petersen family, and if this video can help prevent another family from experiencing similar heartache then it is well worth the effort.”

The 19-year-old Petersen was a student in the SIUE College of Arts and Sciences. The 21-year-old Siddall was studying speech-language pathology in the SIUE School of Education, Health and Human Behavior.

The families and their attorneys fought a large insurance company for two years before winning in 2014. During the fight, they all agreed that if they won they would use some of the proceeds to honor the girls and try to prevent college fire tragedies in the future.

The initial work on the project started March 10 with the families meeting with Residence Life Cinema, a division of Swank Motion Pictures, to discuss storyboarding for the video. The film company hopes to have it ready to release this fall in time for 2015 freshman orientation.

Southern Illinois University Edwardsville provides students with a high quality, affordable education that prepares them for successful careers and lives of purpose. Built on the foundation of a broad-based liberal education and enhanced by hands-on research and real-world experiences, the academic preparation SIUE students receive equips them to thrive in the global marketplace and make our communities better places to live. Situated on 2,660 acres of beautiful woodland atop the bluffs overlooking the natural beauty of the Mississippi River’s rich bottomland and only a short drive from downtown St. Louis, the SIUE campus is home to a diverse student body of nearly 14,000.