United States Gypsum Company, Inc. (also known as U.S. Gypsum or USG) sold and manufactured a variety of asbestos-containing products between 1920 and 1978.

To resolve the thousands of asbestos exposure lawsuits filed against them, the U.S. Gypsum Company declared bankruptcy in 2001 and formed an asbestos trust fund in 2006.

If you’ve been diagnosed with mesothelioma after working for U.S. Gypsum or near their asbestos products, you may be eligible for compensation.

Learn more about your options today by calling (800) 326-8900 or getting a free legal consultation. 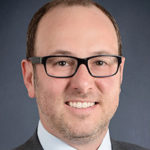 In 1901, 30 independent gypsum and plaster companies merged to form the United States Gypsum Company, which became a subsidiary of USG Corporation in 1984.

Based out of Chicago, United States Gypsum is known for manufacturing and selling a variety of construction and building materials. Between 1920 and 1978, however, some of these products contained asbestos.

Exposure to asbestos can cause serious health problems like mesothelioma, a rare and aggressive cancer.

Although the company stopped using asbestos in its products in 1978, the damage had already been done. Thousands of workers, consumers and their families across the country had been exposed. The Creation of the United States Gypsum Asbestos Trust

By the late 1990s, the U.S. Gypsum Company faced thousands of mesothelioma lawsuits from workers and their families. USG declared bankruptcy in July 2001 to manage the growing costs of asbestos litigation and resolve all of these claims.

As a condition of filing for Chapter 11 bankruptcy, U.S. Gypsum had to create an asbestos bankruptcy trust fund to provide compensation to victims of exposure to the company’s asbestos-containing products.

In June 2006, USG was approved for reorganization, and the United States Gypsum Asbestos Personal Injury Settlement Trust was established.

Since February 2007, the United States Gypsum asbestos settlement trust has accepted claims from those who suffer from asbestos-related illnesses as a result of exposure to the company’s products.

You may be eligible for compensation from the USG asbestos trust if you were diagnosed with mesothelioma after being exposed to the company’s products. See if you qualify for compensation today. Due to the natural strength and durability of its fibers, asbestos was used in a number of different building, construction and commercial applications.

USG manufactured and sold a variety of asbestos products, including:

If you or a loved one was diagnosed with mesothelioma after being exposed to U.S. Gypsum asbestos products, contact us today. You may be entitled to compensation.

Jobs at Risk of Asbestos Exposure by USG

In addition to those who worked at U.S. Gypsum Company, a number of different occupations may have come in contact with USG’s asbestos-containing products and building materials since they were used in commercial, residential and industrial settings.

The following roles may have put people at risk of exposure to USG asbestos products:

Unfortunately, workers in these positions may have unknowingly brought asbestos fibers home with them, exposing their loved ones as well. As a leading national mesothelioma law firm, Simmons Hanly Conroy has helped thousands of families affected by asbestos exposure across the country get the compensation they deserve.

Over the last 20 years, our asbestos lawyers have recovered over $7 billion on behalf of clients with mesothelioma.

If you worked with or around USG asbestos products and were later diagnosed with an asbestos-related disease like mesothelioma, we may be able to help you hold the company accountable and pursue compensation for your illness.

Get a free legal consultation or call (800) 326-8900 today to learn more about your legal options and how we can help. There’s no cost to speak with our team.

United States Gypsum Company utilized asbestos in some of the products they manufactured and sold between 1920 and 1978.

What can I do if I was exposed to United States Gypsum Company asbestos products?

You may be able to pursue financial compensation from the United States Gypsum asbestos trust fund and any other asbestos companies responsible for your illness.

Contact us today to learn more. A member of our team can listen to the details of your case and let you know what your legal options are.