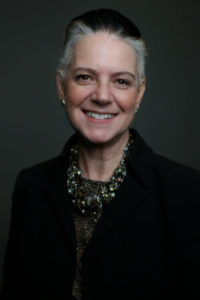 “Once again, the tremendous, combined efforts of the New York State Attorney General’s Office, Napoli Shkolnik and Simmons Hanly Conroy working on this case has resulted in an agreement that will ensure Suffolk County receives millions of dollars in funding that they can use to support much-needed opioid abatement, treatment and recovery programs,” said Jayne Conroy, lead counsel for Suffolk County and co-lead counsel in the national prescription opioid MDL. “To secure a settlement of this size at this stage in the trial is a huge victory for Suffolk County and communities throughout New York State. While we are excited to bring in another source of funding to address the opioid crisis caused by the defendants, we remain focused on the remainder of this trial as we enter into closing arguments.”

“The work done by the New York State Attorney General’s Office, Nassau County, and Suffolk County is bringing much needed help to our communities who are in such great need,” said Hunter Shkolnik, lead counsel for Nassau County.

The New York State trial is slated to begin closing arguments today. Opioid manufacturer Teva Pharmaceuticals USA, Inc. and its affiliates and opioid distributor Anda Inc. are the only remaining defendants in the case.