Simmons Hanly Conroy, one of the nation’s largest mass torts firm, is pleased to announce that the firm’s named shareholder Jayne Conroy has been recognized by the National Law Journal (NLJ) as one of the nation’s “Outstanding Women Lawyers.” The national legal publication recently honored 75 women lawyers from around the country for their development of successful practices, appointment to leadership roles, victories at trial and setting precedents, pro bono work and more. 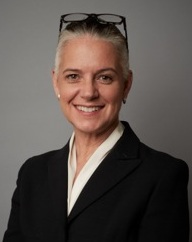 “Jayne has developed a distinguished legal career representing clients in multidistrict litigations across the country,” said Simmons Hanly Conroy Shareholder Paul Hanly. “My colleagues and I have long counted her as one of the best lawyers in the country.”

The women honored represent the “most accomplished female attorneys working in the legal profession today,” according to the publication. NLJ reporters and researchers reviewed the nominations to arrive at the top 75 women, including Conroy.

Conroy’s 30-year law career is a case study of some of the most important litigation in the past three decades. The high profile cases she has litigated include the Toyota unintended acceleration controversy, the Sept. 11 terrorist attacks, the Deepwater Horizon oil disaster, sex abuse in Catholic institutions and more. In addition, she has been appointed as a member of plaintiffs’ steering or executive committees in nearly a dozen multidistrict complex litigations.

Most recently, Conroy was appointed in January to the plaintiff’s executive committee in the In re: Syngenta AG MIR162 Corn Litigation, MDL 2591 in the U.S. District Court of Kansas. The MDL involves more than 360 lawsuits filed in eight different districts against Syngenta, the world’s largest crop chemicals company. The action concerns the economic impact from contamination of the U.S. corn supply with a type of genetically modified corn from Syngenta that is banned in China.

Since 2006, Conroy has secured more than $500 million specifically for her own clients. She also has worked on securing global settlement amounts for countless others through her MDL work, including:

Click here to view the list of the “Outstanding Women Lawyers” online. NLJ will publish additional stories about the honorees in print and online on May 4.

SIMMONS HANLY CONROY LLC is a leading national law firm in complex litigation and represents clients throughout the country on issues involving consumer protection rights, class actions and contingent-fee commercial litigation. With 70 attorneys in five offices across the country, the firm is dedicated to its clients and has pledged nearly $20 million to cancer research. Additionally, the firm focuses on intellectual property infringement, pharmaceutical injury litigation and toxic exposure. For more information, visit https://www.simmonsfirm.com.