Julie Gundlach: Fighting to Ban Asbestos One Day at a Time 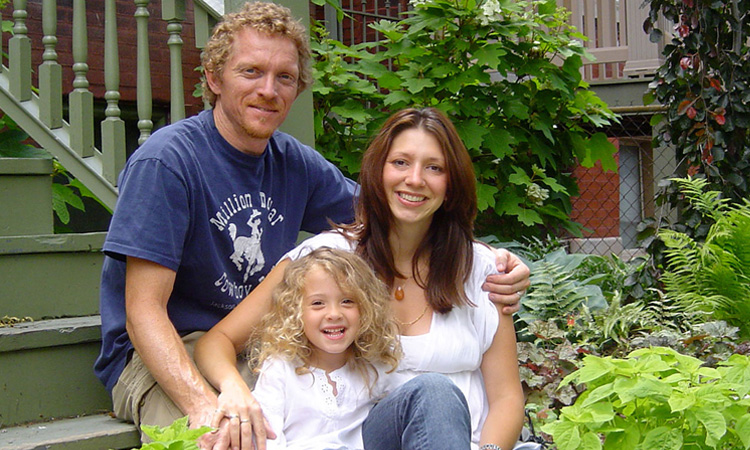 On Aug. 23, 2006, Julie Gundlach’s life changed forever. In the 12-plus years that followed, her mesothelioma story and activism have changed more lives than we can count.

During Global Asbestos Awareness Week, it’s the perfect time to take a look back at the impact Julie’s mesothelioma journey has had on the world, including those of us here at Simmons Hanly Conroy.

Julie is not cured or in remission. The medically correct term for Julie’s status is ‘stable.’ Among cancers, mesothelioma has one of the highest mortality rates. The average prognosis is 6 to 18 months. There is no cure and its only known cause is exposure to asbestos. But Julie is alive and enjoying life while fighting this battle one day at a time.

In for the Fight of Her Life

While Julie’s mesothelioma diagnosis came in 2006, her exposure to asbestos occurred much earlier. Julie was exposed to asbestos while growing up. Julie’s dad, Greg, worked as a commercial electrician for IBEW Local 1 in St. Louis for 40 years. He would return home covered in dust from installing electrical systems in commercial facilities and power plants. Every night, his dirty work clothes would go to the laundry room that also doubled as Julie’s playroom.

Mesothelioma has a latency period, so it took decades from the time of exposure until symptoms appeared. Julie’s symptoms were digestive issues. After a CT scan and surgery to remove what was thought to be ovarian cancer, Julie was diagnosed with mesothelioma in her abdomen.

This was day one of her fight. At the time, she was given six to 12 months to live. Read More about Julie’s mesothelioma diagnosis and treatment here.

Throughout her journey with mesothelioma, Julie worked with the lawyers at Simmons Hanly Conroy to hold accountable the companies responsible for her father’s asbestos exposure and her own take-home exposure.

Julie continues to work with Simmons Hanly Conroy through activism and events. In 2010, she ran in the second Alton Miles for Meso 5K race sponsored by the firm alongside attorney and shareholder John Barnerd.

Running in Miles for Meso

Julie continues to run in the Alton race. Each year, she stands on the stage and shares her story with attendees and participants. She inspires attendees before their run with her courage and fighting spirit. However, Julie is also heartened by attending the race.

“Miles for Meso means that somebody has my back,” she said. “And somebody is amplifying my voice against the use of asbestos and the industry of corporate greed.”

In 2016, Julie reached a significant milestone in her fight against mesothelioma. She became a 10-year survivor and inspired countless others with her story. The 2016 Alton Miles for Meso race, hosted by the firm, told her story in a series of blog posts. It chronicles her diagnosis, the details about how she was exposed through ‘take home’ asbestos, and the stories she drew on to give her courage in her cancer battle.

One way Julie Gundlach takes the ‘poison’ from her mesothelioma diagnosis and turns it into something beautiful is by telling her story. Through her story, Julie hopes others will realize the importance of securing a total ban on asbestos.

She’s been interviewed countless times and was even featured in a larger investigative series called “Dangers in the Dust,” published by the BBC’s International News Services.

Each time she tells her story, she promotes awareness about this “orphan cancer” and the need for a total ban on asbestos.

In 2011, Julie was one of the honorees for the 7th Annual International Asbestos Awareness Conference from the Asbestos Disease Awareness Organization (ADAO). Julie was presented with the Alan Reinstein Award for her commitment to education, advocacy, and support to countless patients and families.

Since then, Julie has been involved with advocacy work with ADAO and attended multiple briefings with congressional staffers in Washington, D.C., where she shares her story. As part of #2019GAAW she is serving as an ADAO ambassador and supporting the Alan Reinstein Ban Asbestos Bill recently introduced in Congress.

Thank you, Julie, for all you do for the mesothelioma community.

Editor’s Note: This is Day 5 in Simmons Hanly Conroy’s “7 Reasons for 7 Days” blog series, in which we honor the lives of men and women who have fought bravely against the scourge of asbestos. This series is part of an overarching effort to recognize and build awareness about the dangers of asbestos during Global Asbestos Awareness Week. Follow along with the conversation online with the hashtag #2019GAAW.