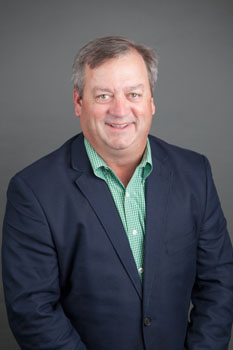 ALTON, Ill. (Jan. 25, 2017) – Simmons Hanly Conroy, one of the nation’s largest mass torts firms, is pleased to announce that firm shareholder David Miceli has been appointed to the Plaintiffs’ Executive Committee (PEC) for the pending multidistrict litigation (MDL) against pharmaceutical company Sanofi-Aventis over its popular chemotherapy drug Taxotere (docetaxel). The plaintiffs are women who experienced permanent hair loss after using the drug to treat early stage, operable node-positive breast cancer.

The MDL (No. 2740, In Re: Taxotere (Docetaxel): Products Liability Litigation) includes hundreds of lawsuits transferred to the Eastern District of Louisiana from federal courts from across the country, alleging that Sanofi-Aventis failed to warn patients of the risk associated with Taxotere and hid research linking the drug to its serious side effects.

Approved by the U.S. Food and Drug Administration (FDA) in 2004 for the treatment of breast cancer, Taxotere is the most prescribed drug in its class. The drug also has been used to treat head and neck cancer, prostate cancer, and non-small cell lung cancer. Although the Taxotere label has always contained information about transient hair loss resulting from use of the drug, there was no indication that the side effect could be permanent. In December 2015, the FDA issued a warning and a subsequent update to the Taxotere label regarding the drug’s potential for permanent hair loss. A number of clinical studies have linked Taxotere to permanent hair loss.

“Simmons Hanly Conroy clients and other breast cancer survivors who have suffered with permanent hair loss from using Taxotere were misled by the drug’s manufacturer into believing that their hair would grow back following their chemotherapy treatment, and we look forward to making sure that they receive the justice they deserve,” Miceli said.

An attorney for more than 25 years, Miceli focuses his practice in complex pharmaceutical and medical device litigation. He has nearly 20 years of experience litigating mass tort cases, including Vioxx, Bextra, Celebrex, PPA, Ephedra, Baycol, Trasylol, Rezulin, Reglan and Chantix. He has recovered millions of dollars on behalf of thousands of consumers injured while taking drugs that were marketed as safe, but were proved harmful or fatal to their users.

Miceli has served on the Plaintiffs’ Steering Committee (PSC) or the Plaintiffs’ Executive Committee (PED) for the Chantix MDLs and previously served on the discovery team for the Bextra MDL, which included a leading role in expert discovery in both the MDL and the state consolidated litigation in New York City. In addition, Miceli has served on the PSC for the Trasylol MDL, which included a leading role in both corporate factual and expert discovery. Miceli’s experience also includes serving as lead trial counsel in the consolidated Nutraquest litigation, including serving as lead trial counsel on the initial test case that ultimately led to settlements exceeding $35 million for more than 150 plaintiffs. Previously, Miceli worked for 10 years on the defense in medical malpractice and other serious injury cases, including pharmaceutical matters.