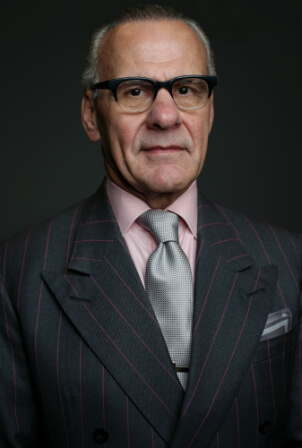 Remembering Paul Hanly and his legacy of fighting for individuals and communities across the nation — “Wherever someone needs help, that’s where we will be.”

Paul J. Hanly, Jr. was a beloved member of the Simmons Hanly Conroy family. As a named shareholder, his impact on the firm — and on the legal industry broadly — cannot be overstated. Over the course of his prestigious 40-year career, he fought to give voice to the voiceless and help every human being, regardless of financial standing or socioeconomic status, fight for justice against corporate wrongdoing.

As a skilled trial lawyer and legal strategist, his prowess in the courtroom was rivaled only by the boldness of his wardrobe. Paul’s passion and experience helped him secure more than $1 billion in results for people harmed by opioids, terrorism, toxic exposures and so much more.

“There are no words to fully capture what the legal community has lost or the impact he had on our lives, especially my own,” said Jayne Conroy, his law partner of more than 30 years. “It will be Paul’s magnanimous spirit, his championing of his clients and colleagues, and his unflinching kindness and decency that will live on in the hearts and minds of all fortunate enough to have known him.”

Paul passed away on May 22, 2021, at his home. His life and work impacted the course of U.S. litigation forever, and changed the lives of so many individuals. He will be deeply missed, and here at Simmons Hanly Conroy, we are committed to continuing his legacy and fighting in his memory.

Paul J. Hanly, Jr. was a named shareholder in the New York Office at Simmons Hanly Conroy, where he managed the firm’s Complex Litigation Group as a skilled trial lawyer and litigator.

Over his more than 40-year career, Paul earned a superb national reputation as a gifted trial lawyer and litigator who managed and tried numerous complex jury cases in virtually all areas of civil litigation. Thanks to his leadership, Simmons Hanly Conroy became a leading national law firm focused on helping individual consumers and small businesses hold large corporations accountable for wrongdoing.

Paul was renowned for his exhaustive trial preparation, imaginative trial strategies, nearly photographic memory of the contents of documents, and cross examinations that are tightly controlled and disarmingly effective. Paul helped clients who had been harmed in every conceivable way: by terrorism, child abuse, defective drugs and devices, toxic exposures and economic conspiracies.

“I have had the privilege to represent everyday people who have suffered serious injustices at the auspices of corporate America,” he said. “My firm is not afraid to stand up to big corporations and litigate these complex civil cases so that the people who truly need help have a strong voice in the legal system.”

Paul litigated cases in hundreds of courts around the nation and took more than 50 complex cases to jury verdict. For the first 20 years of his legal career, Paul served as lead national trial counsel and coordinating and settlement counsel to the world’s largest asbestos company in its asbestos product liability cases. He oversaw the work of more than 100 local counsel law firms and handled hundreds of thousands of cases.

Paul was at home in the justice system, whether in federal or state court, and he sought the best procedural course for the firm’s clients, including filing individual cases, class actions or multidistrict tort litigation.

“Corporate America is looking for any way possible to make the playing field unlevel, so wherever someone needs help, that’s where we will be,” he said.

Results That Made a Difference

Paul played a leading role in the settlement of thousands of cases, resulting in recoveries for his clients in excess of $1 billion. His vast experience resulted in multiple significant settlements for the firm’s clients and thousands of others nationwide.

A sampling of his results include:

Paul’s impressive legal career demonstrated his stature as one of the preeminent litigators of the nation’s plaintiffs’ bar. The National Trial Lawyers association, in partnership with The National Law Journal, underscored this in 2020 by awarding him the Elite Trial Lawyers’ Lifetime Achievement Award. In addition, U.S. News & World Report/Best Lawyers has recognized Paul as a “Best Lawyer” in Mass Torts & Class Actions – Plaintiffs since 2019.

Paul and the firm were at the forefront of the unprecedented mass tort litigation that sought to resolve the ongoing opioid crisis. Paul served as the co-lead of the Plaintiffs’ Executive Committee overseeing the federal opioid litigation consolidated in the Northern District of Ohio. He was court-appointed by Judge Dan Aaron Polster to the leadership position in 2018.

In October 2019, Paul helped secure a total recovery of $325 million for two Ohio counties in the first federal bellwether trial against the opioid manufacturers. He was part of the team that hammered out the final settlement details on the eve of trial.

“This hard-fought victory for these two counties is just the first step in what we hope will be the ultimate resolution of the largest public health crisis in recent memory,” Paul said. “These companies now must accept full responsibility and do something significant to clean up the horrific mess they caused in communities across the country.”

Paul’s expertise in the opioid litigation has been recognized in multiple national news organizations, such as the New York Times, Reuters, Bloomberg, CNN, CBS Evening News and more. STAT News reported that other plaintiffs’ counsel described Paul as being “wicked smart about this issue” and “has more knowledge about it than anyone in this country because he’s been doing it for so long.”

In 2003, Paul and Shareholder Jayne Conroy represented more than 5,000 individuals against Purdue Pharma, the manufacturer of OxyContin®. During a successful discovery phase, the legal team uncovered evidence proving the full extent of Purdue’s criminality and its fraudulent marketing campaign designed to persuade physicians that OxyContin was not addictive.

Following a 3-year battle, which saw Paul, Jayne and the firm file more than 1,200 cases in various courts across the country, Purdue Pharma settled the litigation for a significant confidential settlement. STAT News reported the settlement being “one of the few instances – maybe the only instances – in which a drug maker agreed to pay individual patients who alleged it had underplayed the addiction risk of its medication.”

The civil litigation also led to a U.S. Department of Justice investigation that resulted in Purdue Pharma paying more than $600 million in fines. Three of its executives also pled guilty to criminal charges that they misled regulators, doctors and patients about the drug’s risk of addiction and personally paid millions of dollars in fines.

A Legacy of Helping Others

Paul grew up not too far from the firm’s New York office. He became a lawyer because he wanted to continue his grandfather’s legacy of helping others. His grandfather was the Chairman of the Democratic Party in New Jersey and had dedicated his career to helping the less advantaged.

After law school, Paul worked as a law clerk to the Hon. Lawrence A. Whipple, a U.S. District Judge in the District of New Jersey. Paul’s work during this clerkship made him realize he wanted to be a trial lawyer.

“Being a lawyer, doing this kind of work, is the greatest job anybody could have,” Paul said. “It makes me feel as if I’m doing my grandfather’s work – helping out people who need a hand.” 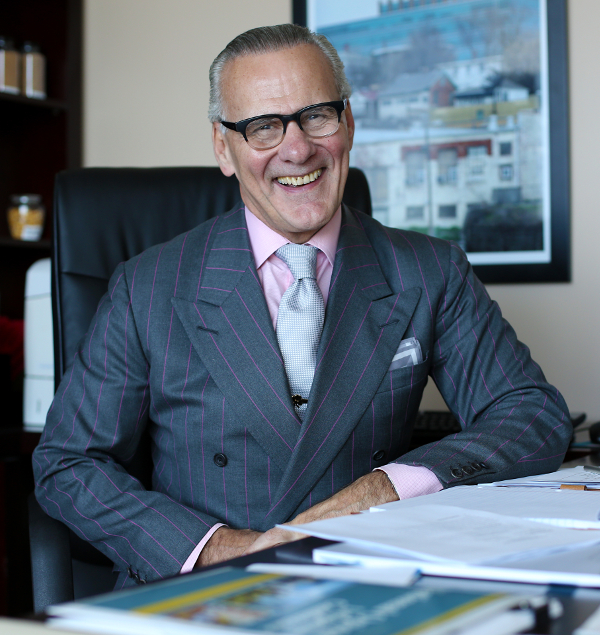