Home » About Us » Leadership

Our team includes the nation’s leading litigators with over 70 attorneys and offices in St. Louis, Missouri, Alton and Chicago, Illinois, San Francisco and El Segundo, California, and New York City. When people have been injured or wronged, Simmons Hanly Conroy has helped them stand up, speak out and get the compensation they need. Our areas of litigation include dangerous drugs and devices, consumer protection, business/commercial, environmental, personal injury and sexual abuse.

Our attorneys are skilled at leveraging the resources necessary to hold larger companies accountable for their corporate wrong-doing, while offering clients the personal attention each of their cases deserve. Meet the members of our leadership team. An Army veteran, John has helped hundreds of people who were diagnosed with a rare cancer after being exposed to products that contained asbestos. He founded Simmons Hanly Conroy with a mission to help people whose lives have been devastated by corporate greed. Having watched his grandfather serve in public office, Paul grew up knowing he also wanted to make a difference. As a lawyer, he has secured justice for people against some of the largest international companies in the word. His work over the past 30 years has enforced laws that protect consumers against defective devices, dangerous drugs and harmful products. Jayne Conroy brings a no-nonsense approach to consumer safety law that makes her a formidable advocate for her clients. She has built an illustrious 30-year legal career by helping people injured by disastrous events. Her work has supported families who lost loved ones during 9/11, small businesses and property owners harmed by the Deep Water Horizon Gulf Oil Spill, women who suffered serious injuries while taking Yaz birth control and, more recently, dealerships and car owners harmed by the Volkswagen Emissions Scandal. Her legal advocacy work has earned her national acclaim, including being named a 2016 Top Woman Lawyer by the New York Law Journal and an Outstanding Woman Lawyer by the National Law Journal. As a shareholder, Mike oversees those critical operations that keep the lights on at the nationwide offices of Simmons Hanly Conroy. As a mesothelioma lawyer, Mike spent more than 15 years helping families harmed by asbestos. He secured millions in compensation that gave them the financial stability they needed to fight the cancer. Through this experience, he knows that in order to be a strong leader, one must first serve. 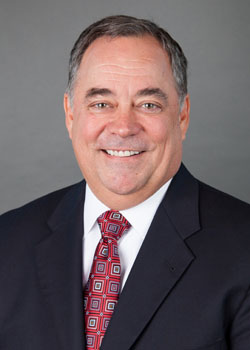 Ted Gianaris believes legal justice should be available to everyone. That is why he became a trial lawyer who helps individuals and families injured by catastrophic personal injuries or communities wrecked by environmental disasters. He was recently recognized with the Spirit of Justice award for his outstanding contributions, including helping low-income families through the Madison County Expungement Day and serving as a board member of the Land of Lincoln Legal Assistance Fund. Trent became a lawyer because he wanted to help people who have the odds stacked against them. He has nearly 20 years of experience handling complex litigation and leads the firm’s Pharmaceutical Litigation Group. He has personally helped thousands of people harmed by dangerous drugs and defective medical devices. Federal judges have appointed Trent to serve on plaintiff steering committees for several multidistrict litigations, he is regularly asked to speak at legal conferences and he is the founding chairman of the American Association for Justice’s Asbestos Litigation Group. John Barnerd is a shareholder at Simmons Hanly Conroy. He joined the firm in 2002 as a mesothelioma and asbestos attorney, and today is a member of the firm’s management committee. He previously served for two years as an Assistant State’s Attorney for Madison County, Ill.

John earned his bachelor’s degree in accounting from Illinois College and graduated with his J.D. from Saint Louis University School of Law. In 2010, Chicago Lawyers Magazine recognized him as a top 40 Under 40 Illinois Attorney. For the past four years, he has been named a Rising Star by Super Lawyers Magazine.